The Easter Vigil at St. Michael Parish in Augusta, Maine was certainly a peak experience for me this year.  I had journeyed with two ladies for nearly a year that desired to become Catholic.  One was of Jewish background and the other was not “churched” before she met our pastor as a patient at the hospital.  Still to this day, no one can really explain why he ended up going to pay her a visit while she was at the hospital.  The hospital Catholic Chaplain had not asked Fr. John to go visit her and she was not listed as “Catholic”.  Some of us simply believe it was “God arranged”!  Kim was very taken up with the pastor’s visit that she wanted to know more about being Catholic.  She spoke to a Catholic friend of hers and the spiritual journey began.

It was such a joy to be with and experience both Carole’s and Kim’s Baptism, Confirmation and First Communion at the Easter Vigil.

About six months ago another lady contacted me as she was discerning if she was called to become Catholic.  She had been baptized as an Episcopalian and had always attended some type of Christian Church but not Catholic.  Her parents had sent her to Catholic Schools but probably not for the religion aspect but just for a good sound education.  She was fond of her schooling as a child.  At some point she felt sure God was calling her to the Catholic church.  At the Easter Vigil she made a Profession of Faith of the Catholic beliefs, received Confirmation and First Eucharist.

So it is with these three ladies that I accompanied at the Easter Vigil and was just elated with joy with them and for them and also for our Church-Alleluia! 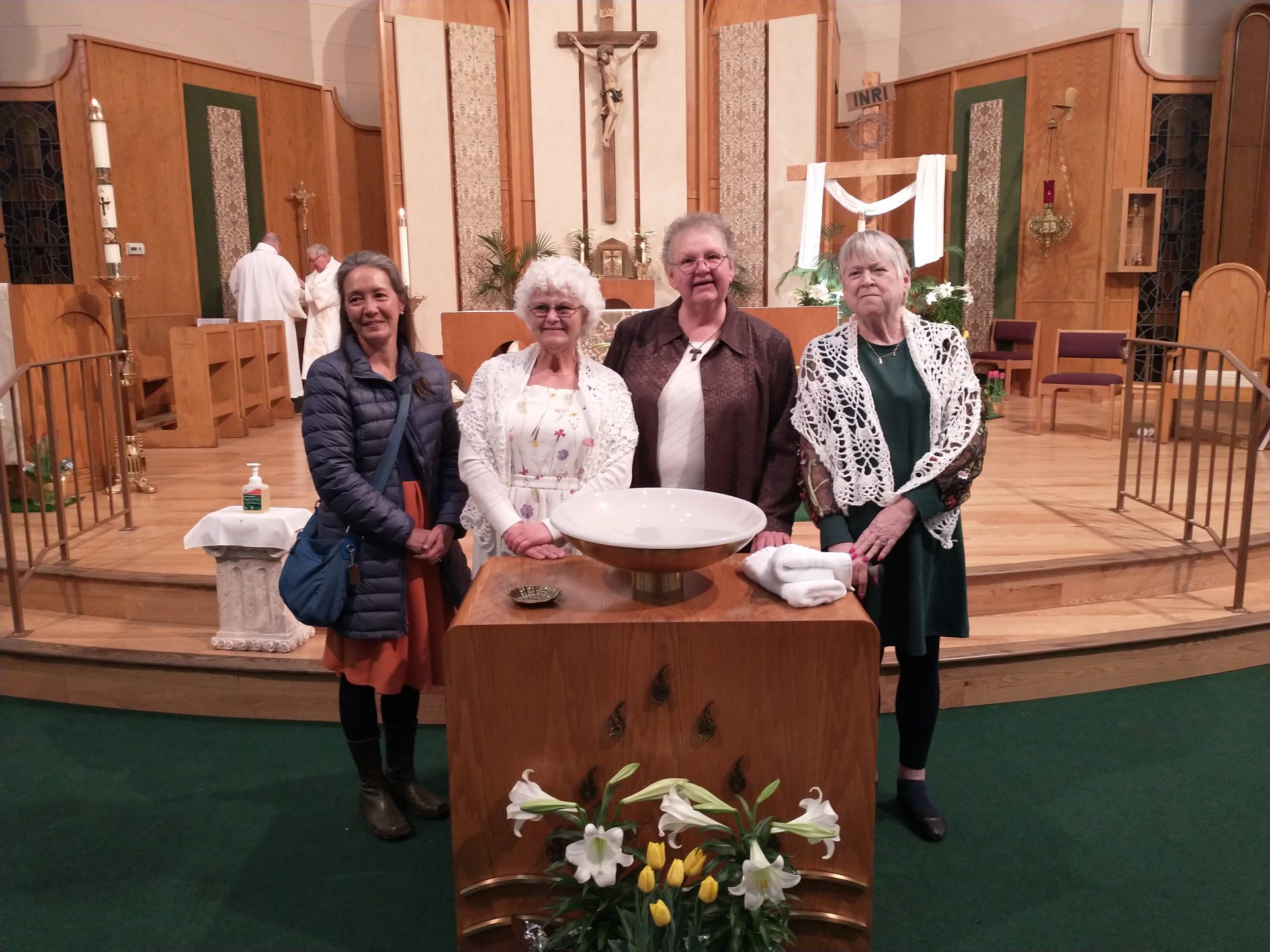 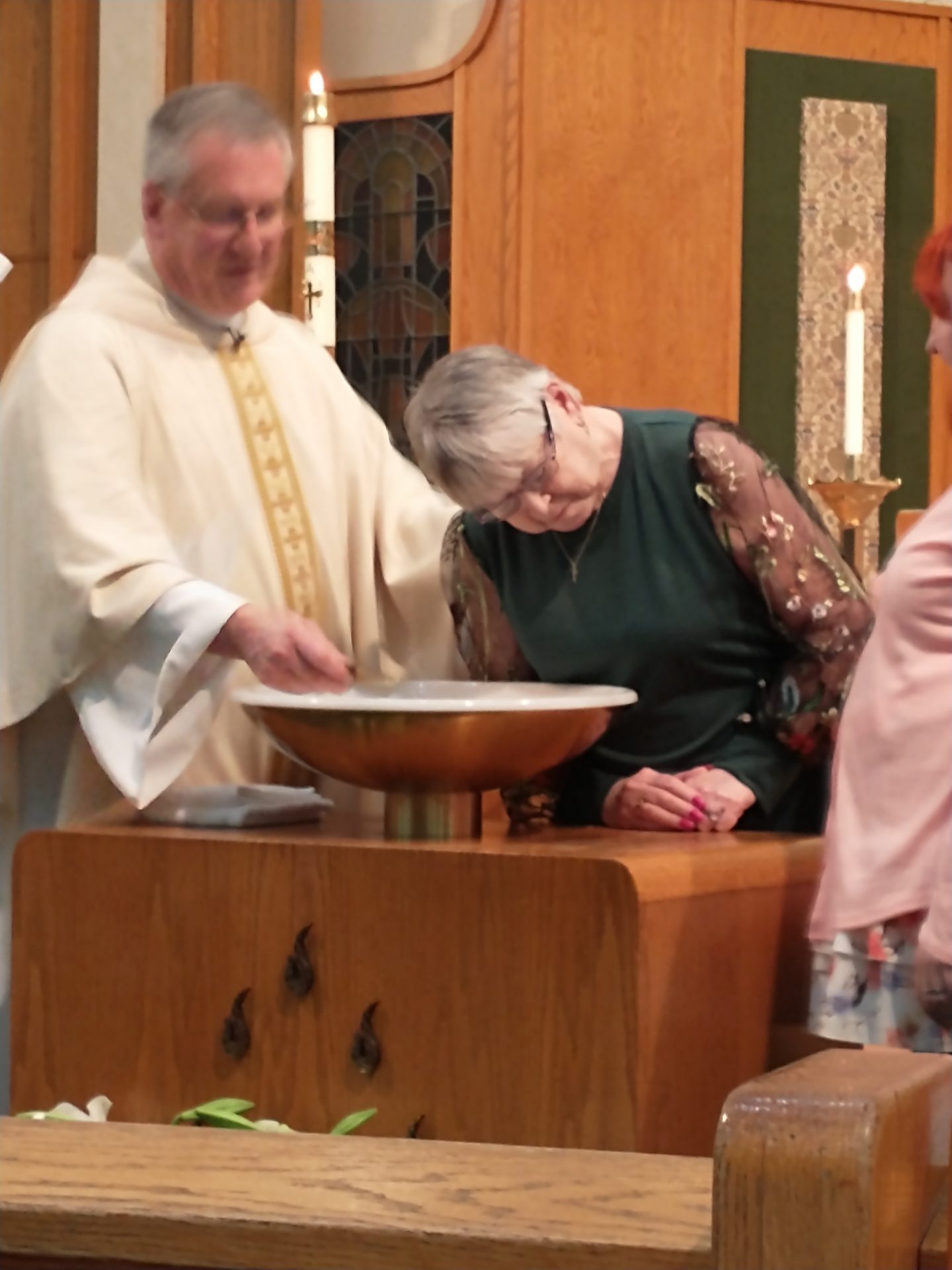 Families joined us after the 8 AM for breakfast and to learn more about the saints on Oct. 31.  There were games and other fun events to help us learn more about the saints.  Some children came dressed up as their favorite saints.  The Faith Formation Staff were dressed up also.  Gina was St. Lucie, Sandy went around as Joan of Arc and of course I could not be anyone else but St. Francis!

Prizes were given to the children.  Children, parents and grandparents left after having a good time and were thankful for the event and the adults also admitted to have learned something new about the Saints. 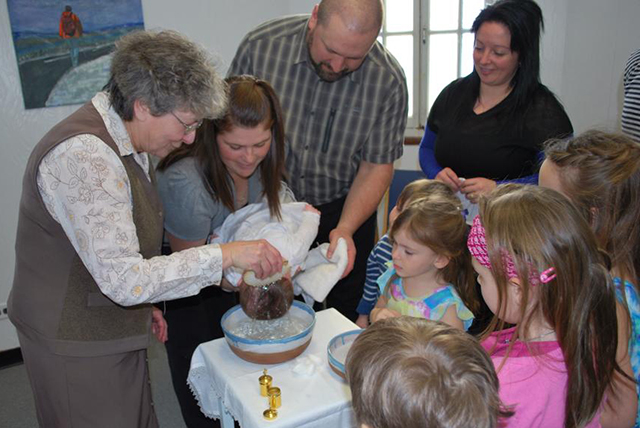 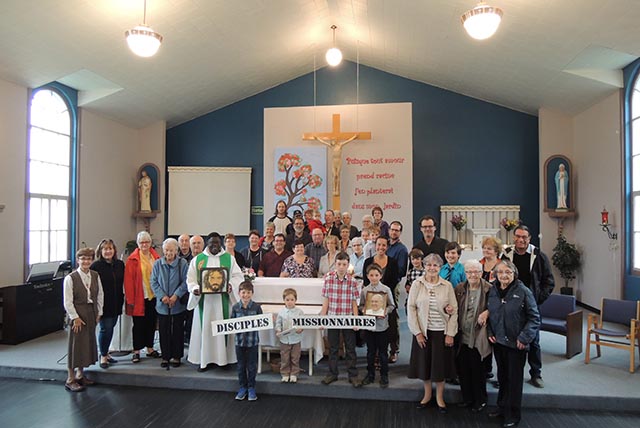 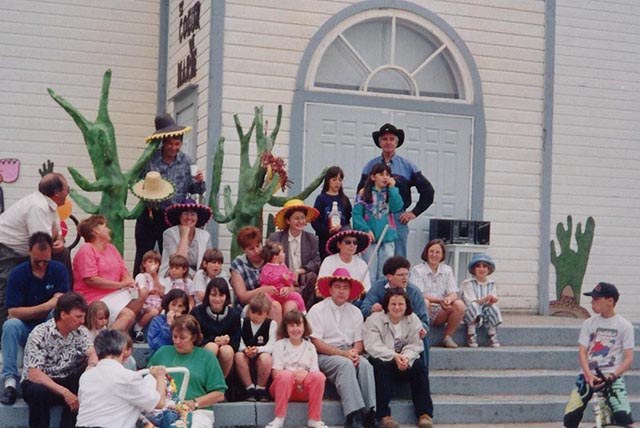 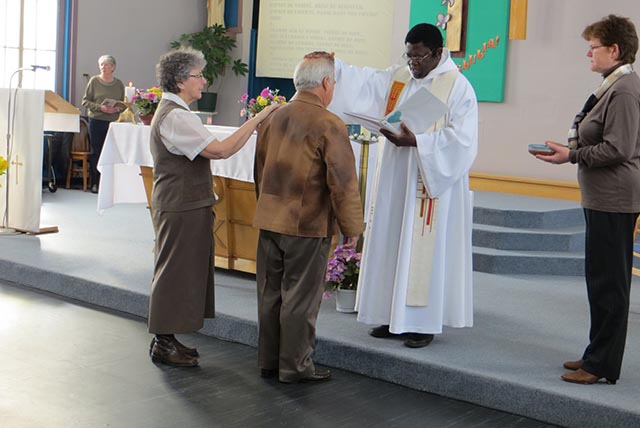 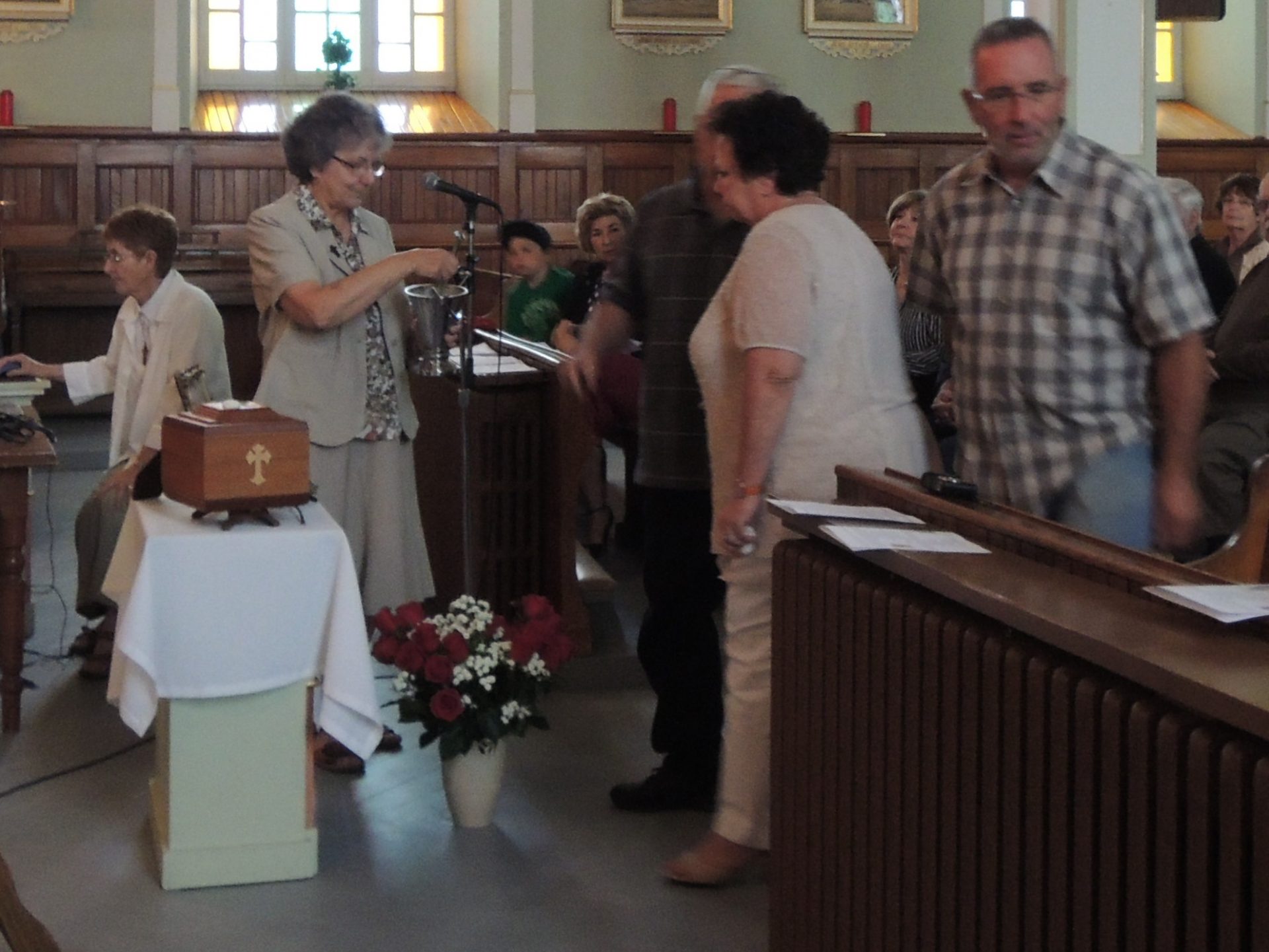 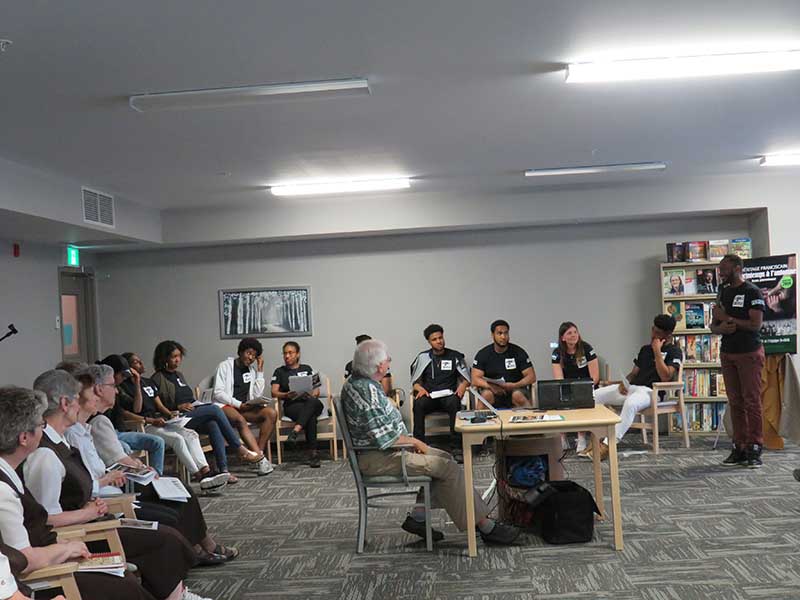 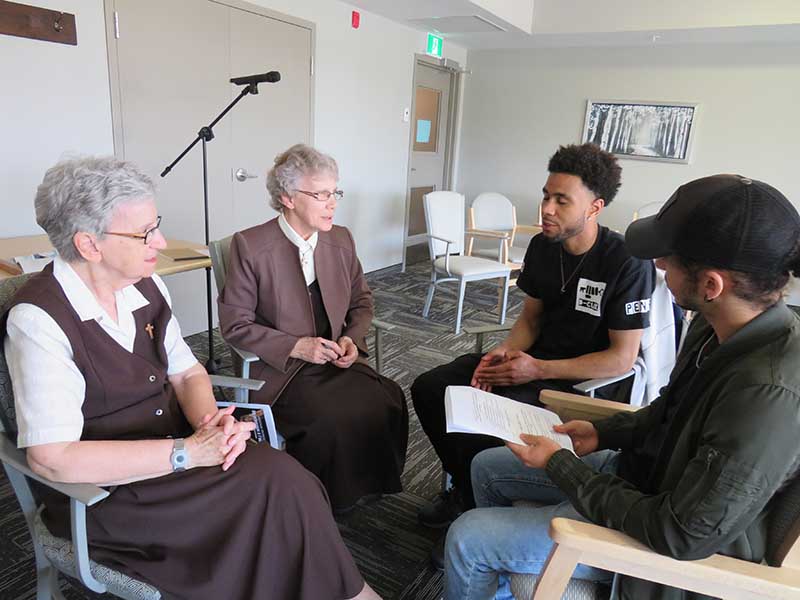 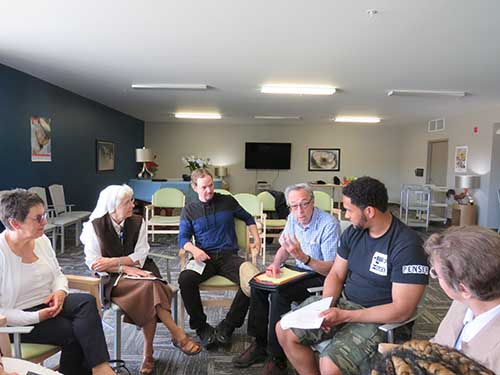 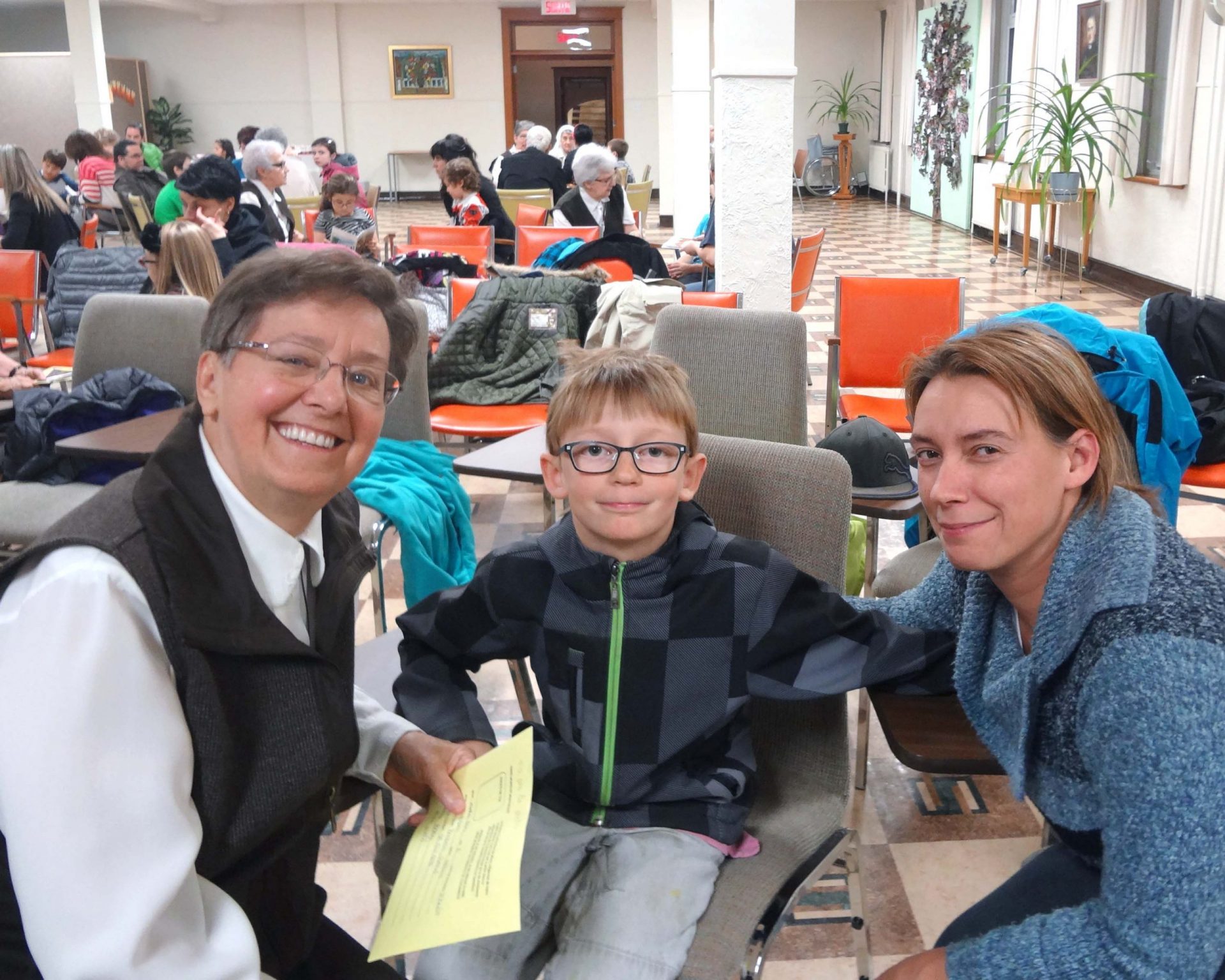 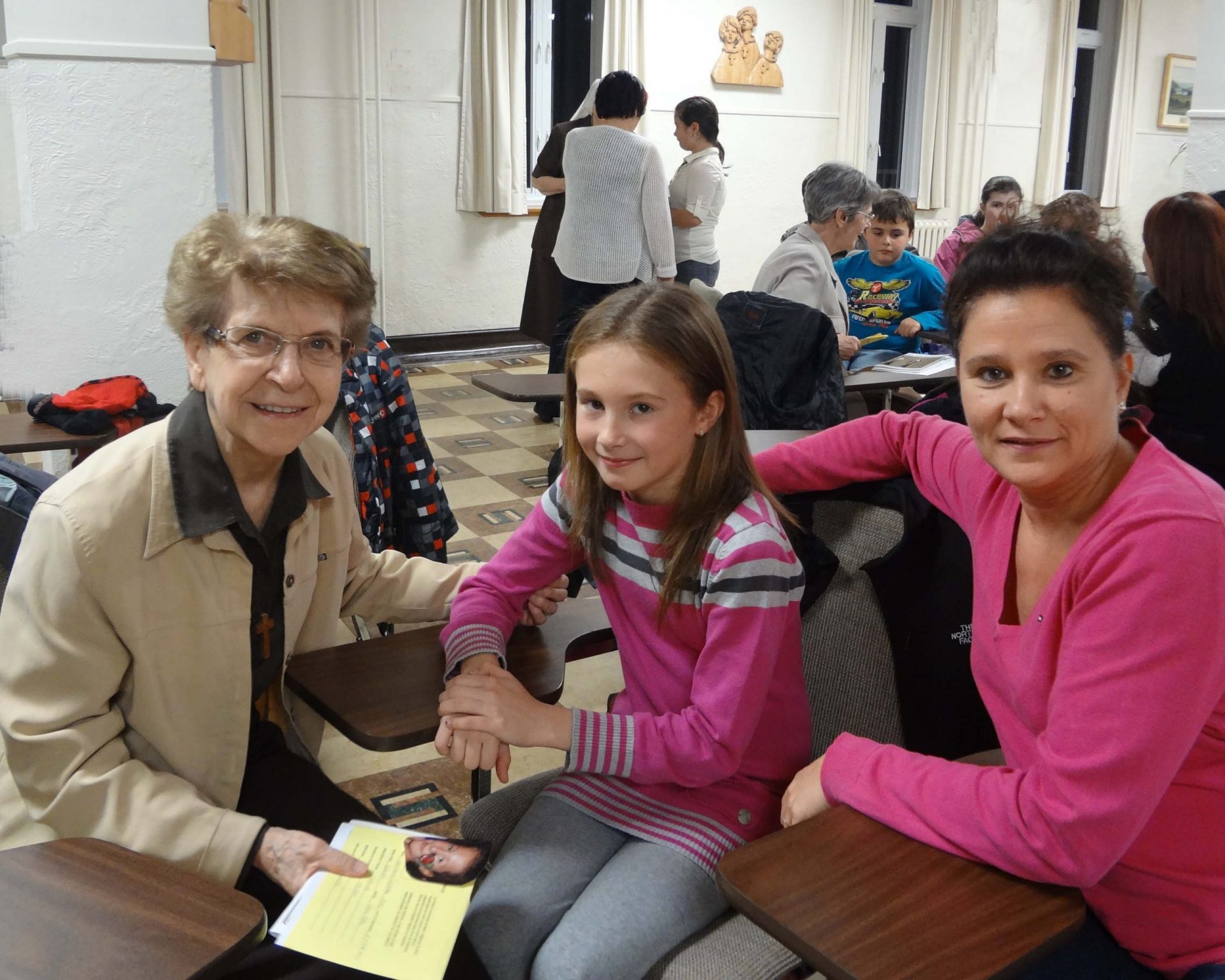 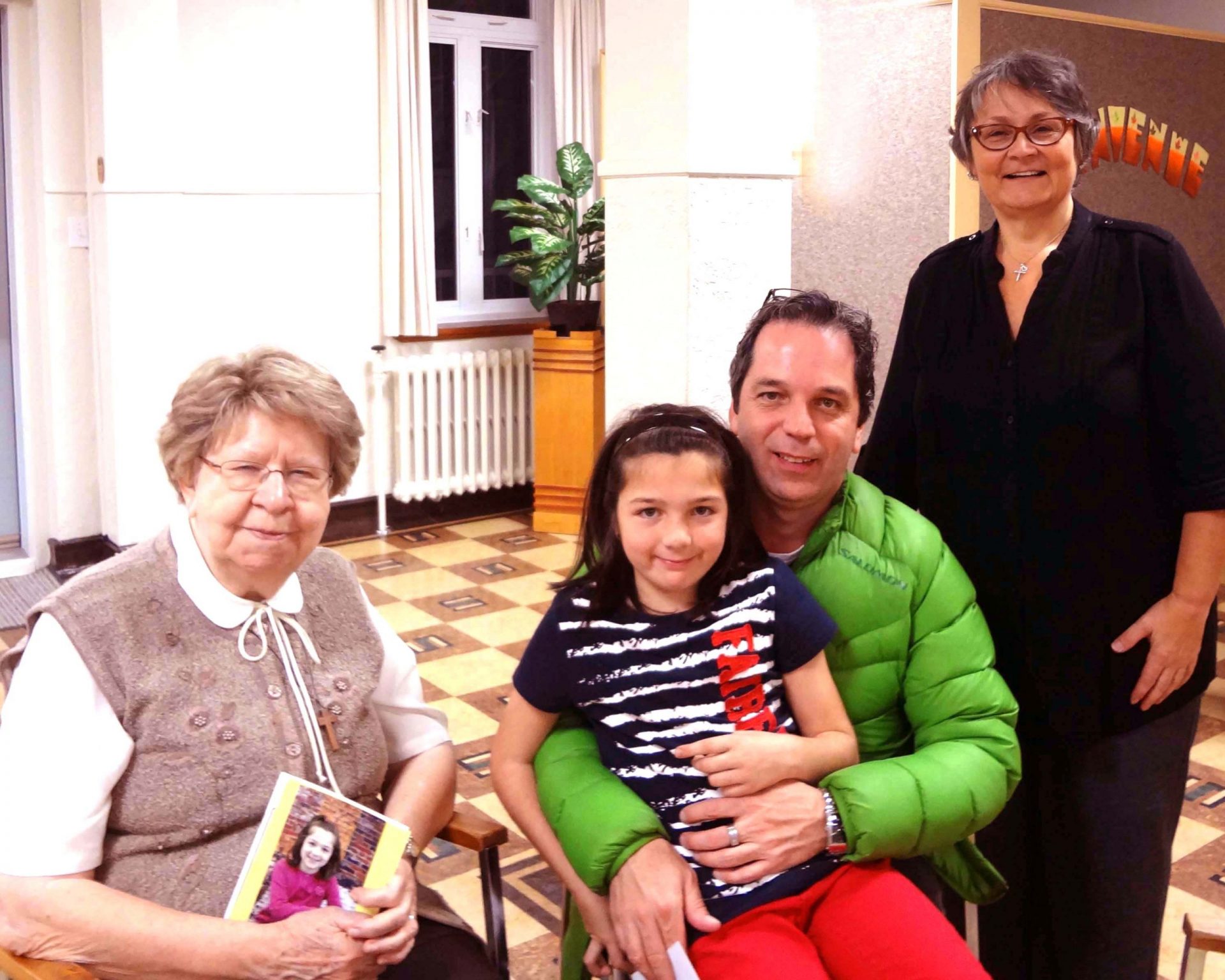 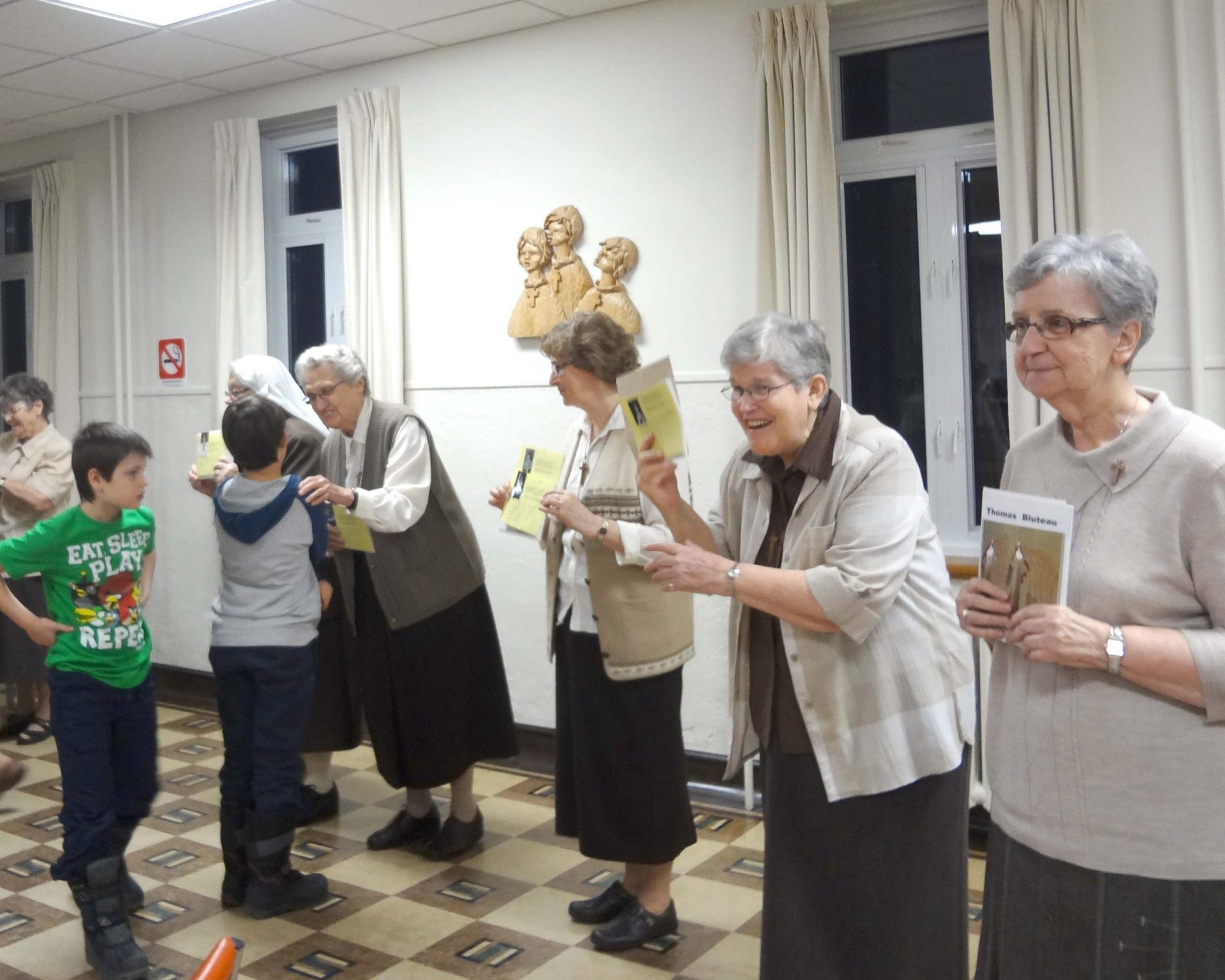 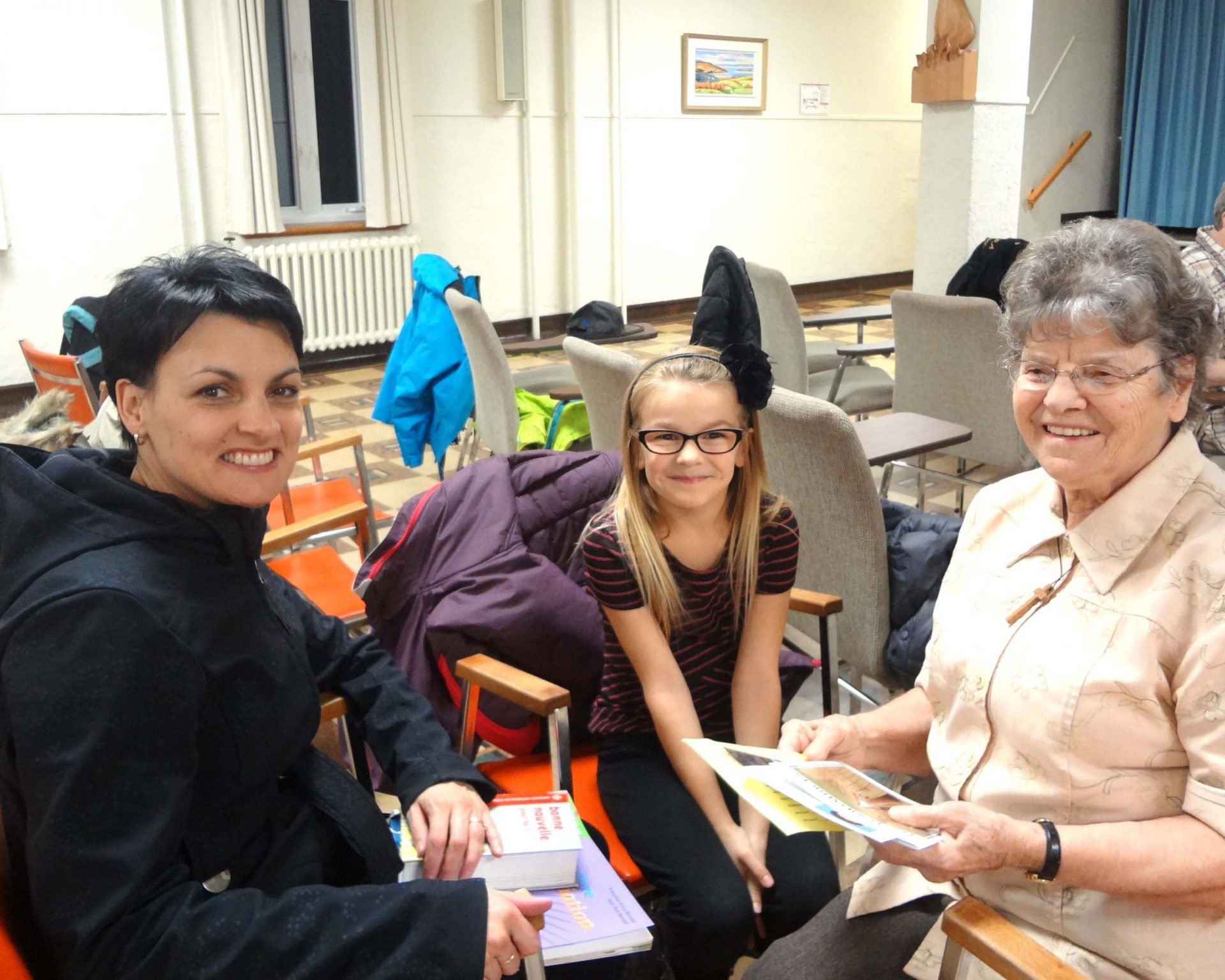 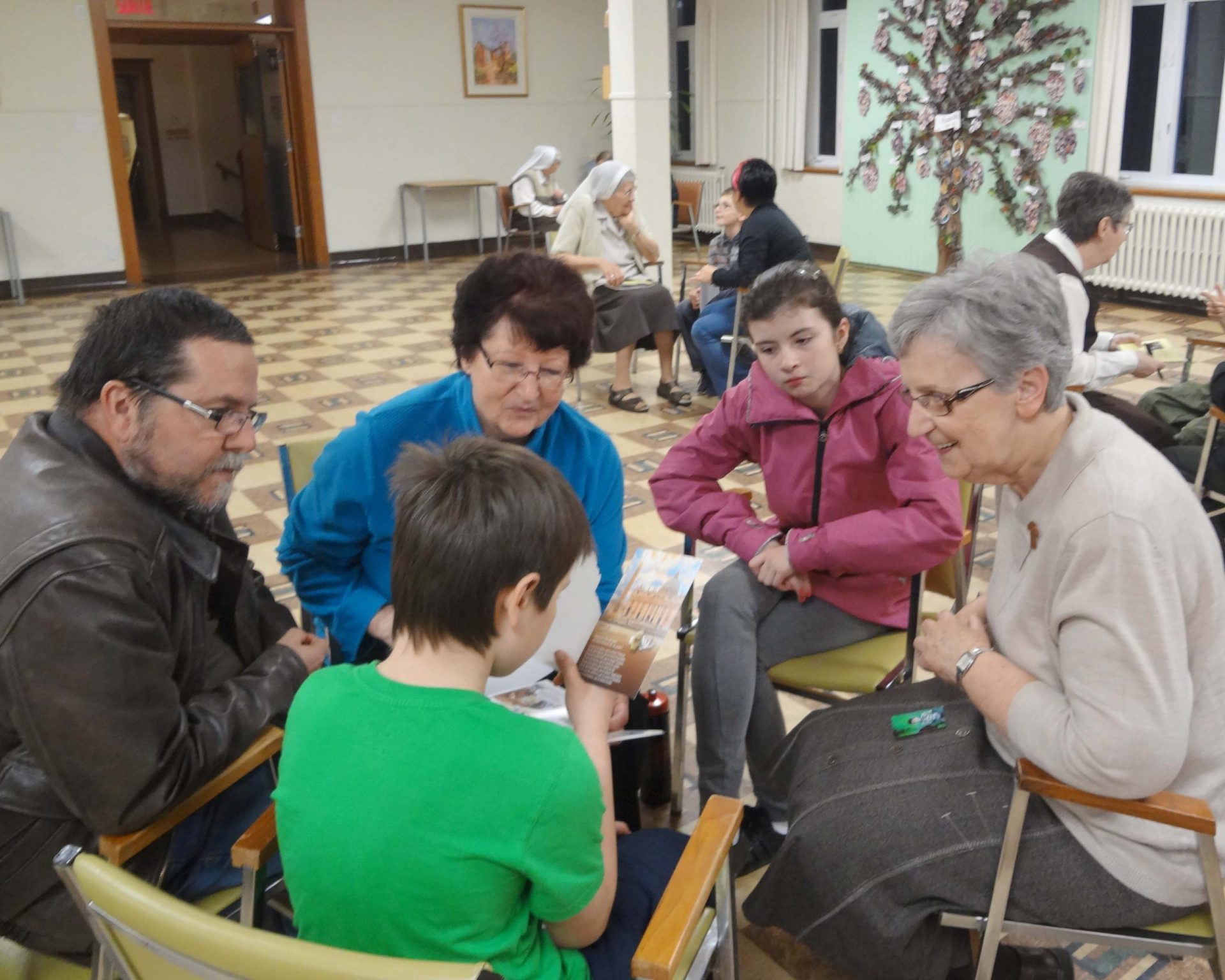 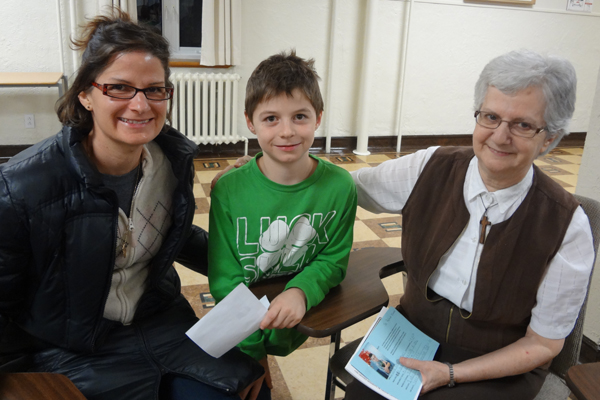 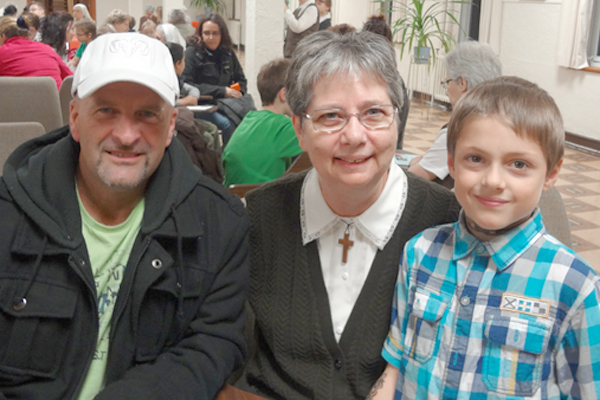 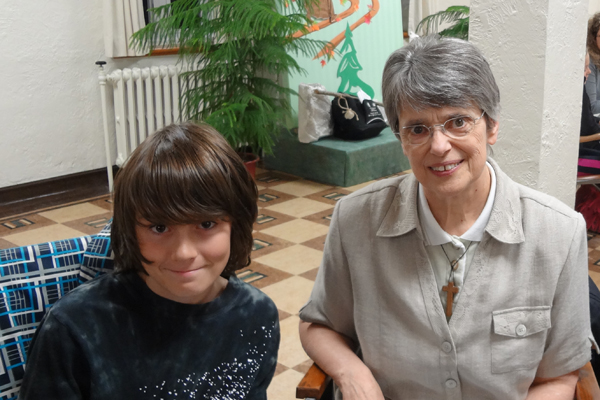 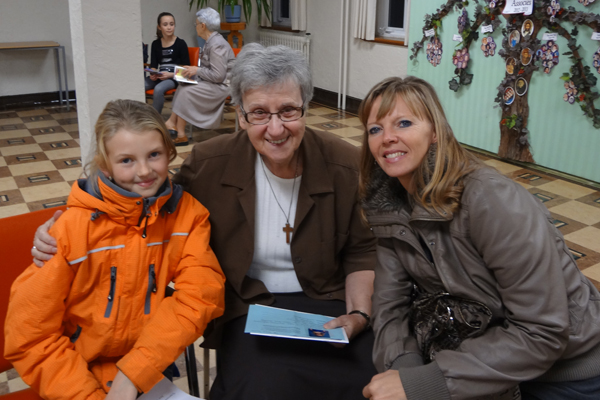 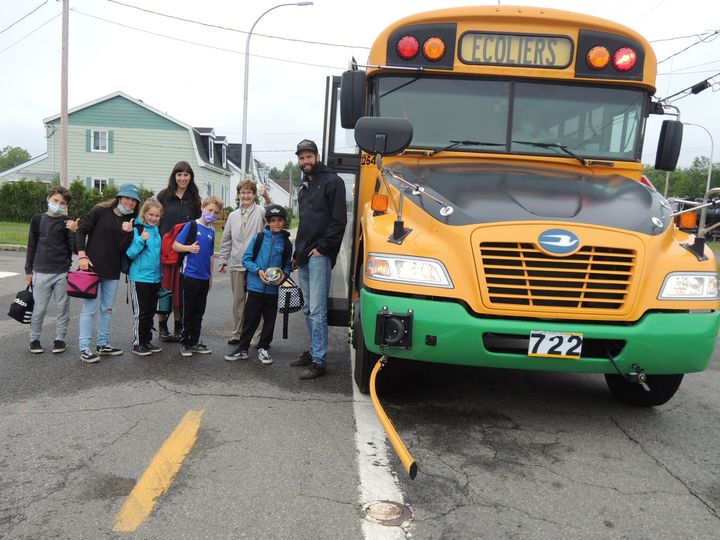 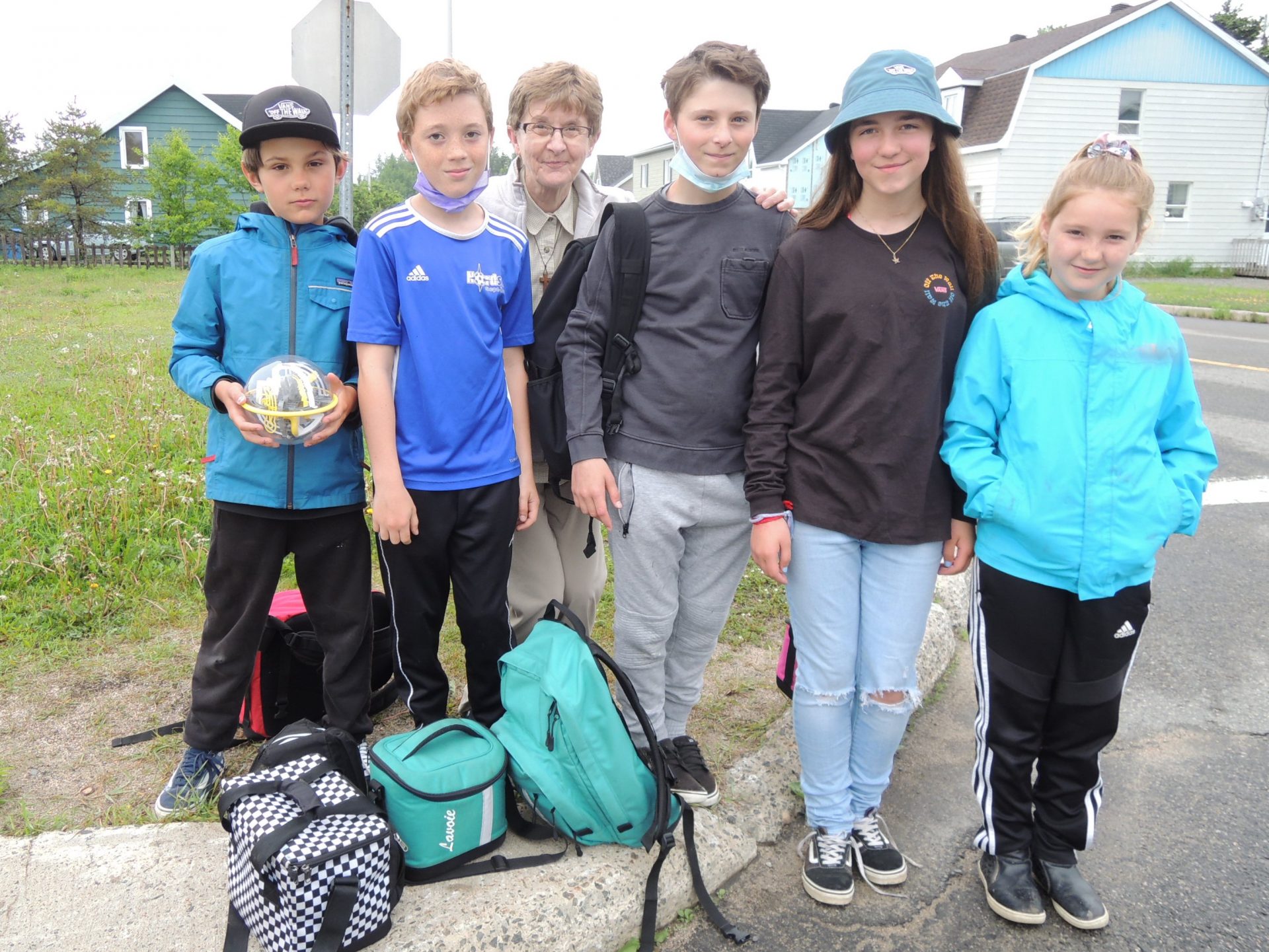 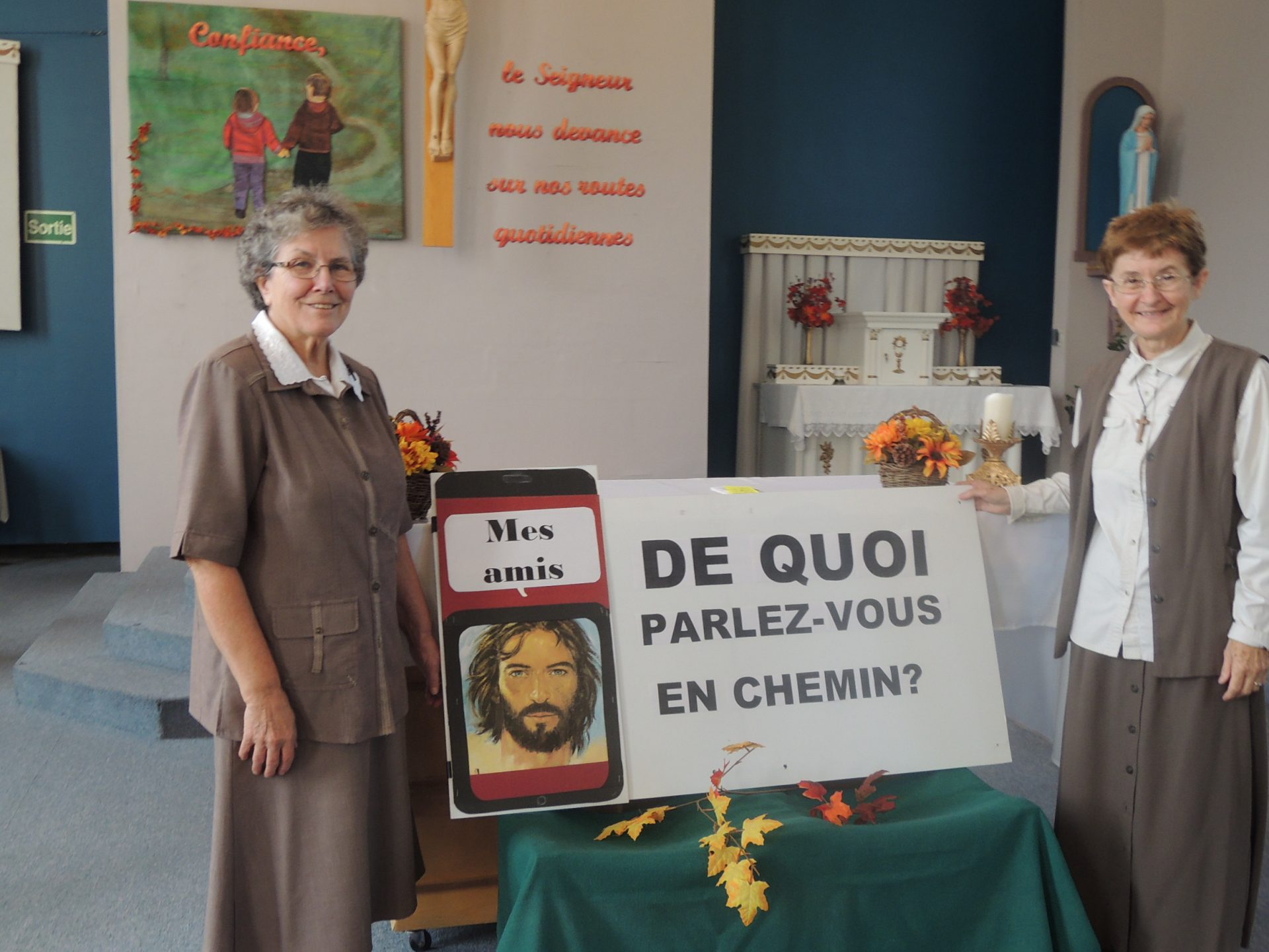